The term ‘hispanic’ is one that has confused most for centuries. Who are the ‘hispanic’ and where do they come from? These days, people tend to throw the term around loosely, referring to a broad spectrum of individuals from various races, ethnicities, and ancestries. But that’s only because technically, that’s precisely what the term means.

According to the U.S. Census Bureau, the term ‘hispanic’ refers to any person of Cuban, Puerto Rican, Mexican, South American, Central American, or Spanish culture or origin. So in essence, they can be any race or even any ethnicity. And while that might make it a little clearer in terms of the scope and limitations of the hispanic identity, it might make your own a little more confusing.

Maybe you’ve identified as hispanic your whole life, but up until this point, you just haven’t been sure what kind of hispanic you are. If that’s the case, you can take a DNA test. The 23andMe DNA test comes out as the best test for those hoping to uncover their hispanic roots. With a number of regions focused in Central and South America, the Caribbean, and Spain, the service provides the most comprehensive ancestral account for people of hispanic identity.

An Overview of 23andMe

What Tests Can Help with Hispanic Ancestry Research?

There are a whole bunch of brands that offer direct-to-consumer DNA testing kits, but each one is different. The diversity of their tested populations, the kind of tests they offer, and the depth of the resources they use to support your results can all change the way they present your DNA data.

As our top choice for hispanic ancestry, the 23andMe test is one that brings an especially detailed ethnic breakdown. The service has over 1,000 different regions with detailed subregions in Central and South America, Mexico, the Caribbean, and Spain. So when you receive your results, you’re likely to find an intricate report that tells you just how much of a specific subregion is present in your DNA profile. Other than that, 23andMe also further details the results you receive. For instance, someone from Cuba is never strictly Cuban. The ethnicity is a mixture of different parent ethnicities, including African, European, Native American, and even South Asian. So aside from simply listing ‘Cuba’ as an ethnicity, 23andMe goes the extra mile by telling you what ethnicities your Cuban lineage is made up of.

Read: 23 and Me full review

Runner-up to our top pick, AncestryDNA is one of the most expansive DNA testing kits presently available on the market. This service relies mainly on their large database of 15 million DNA profiles and their extensive collection of historical reports and records that they use to supplement your results. What makes their service particularly helpful if you’re interested in uncovering your hispanic lineage is their wide collection of DNA profiles. With that many users on their website, it becomes easier to find potential family matches. And by reaching out to relatives on the platform, you can learn more about their family history and thus trace back your own hispanic roots.

Of course, their historical records also further expands the potential of their test. AncestryDNA has what is perhaps the most extensive collection of historical timelines from around the globe. By reading through their resources, you may be able to map out what world events caused your ancestors to take their migration path, and thus decipher who they might have mingled with to result to your present-day ethnic mix. FamilyTreeDNA proves to be an ever present entity in hispanic ancestry research as it is with any other ethnic background. The reason for this is simple – FamilyTreeDNA is the only major provider that offers the YDNA and mtDNA tests. For you, this means taking the FamilyTreeDNA test can help you uncover your haplogroup, reaching that far back into history to find your farthest hispanic ancestor.

FamilyTreeDNA does this by inspecting your Y-chormosome of your mitochondria to focus your results on a specific branch of your family tree. Because both of these specimens remain relatively unchanged generation after generation, these tests can reach centuries into the past.

Using these tests can help you localize your hispanic ancestors, detailing exactly where they came from and how they ended up intermingligng with other ethnic groups present in your lineage.

The Challenges of Hispanic Ancestry

The difficulty with the hispanic identity is that it’s not tied to a single location, ethnicity, or race. For the most part, these are populations that are made up of various other ethnicities who mixed together and developed their own culture. To illustrate that point, a DNA test of someone from Trinidad and Tobago would likely demonstrate that they’re part North European, South European, Native America, Saharan African, and South Asian. These are base ethnicities that joined, intermarried, and occupied the physical location of the ‘hispanics’, becoming their own culture as the years passed. Fortunately, some tests today can localize to what we know today as ‘hispanic’ countries. But there are others that might not be detailed enough to provide those results. For instance, if you were to take a test that didn’t offer a detailed breakdown of your hispanic heritage, the results might only reflect the ethnicities that make up your hispanic background.

That is, instead of indicating Trinidad and Tobago, the test might lump the original ethnicities with others traced in your blood. So you would only see North European, South European, and whatever other groups make up your hispanic lineage. For many, that can be quite confusing, especially if you were expecting to see some solid mention of a hispanic ethnicity in your report.

To curb that potential outcome, it helps to choose a test that offers more regions including the hispanic cultures you believe you might be a part of. Presently, the most accurate test remains to be 23andMe, bringing you close to 40 different hispanic regions, and a handful of other subregions to help you fine-tune your results.

It might also help to take more than just one test. An autosomal test, plus either a YDNA or mtDNA test to isolate the hispanic heritage can further deepen your understanding of your hispanic lineage, tracing back further to discover where they first took root.

Are Latinos and Hispanics different? Colloquially, these two terms have become interchangeable. People will often use one in place of the other, and for daily use, that might be okay. But if we’re being technical about it, there are differences. The ‘hispanics’ are essentially people of ‘Hispanophone’ descent. These pertain to Spanish-speaking localities as well as those in Latin America. On the other hand, a ‘latino’ is a person of Latin American heritage which includes Brazil, but excludes both Portugal and Spain.

Where did Hispanics come from?

The premise for the answer to this question lies in the fact that the hispanic heritage is a multi-racial ethnicity. Centuries of occupation, migration, and power-plays resulted to the intermingling of different ethnic groups. For the most part, the hispanics are a mixture of Europeans, Africans, and indigenous tribes that used to reside in those areas. This is why they’re not quite as pale as Caucasians, and yet not quite as dark as Africans.

Why did my results change?

Before moving any further, it’s important to note that DNA testing services use a number of different resources to provide you results. Once they test your DNA, they compare it with others already in their database. And that’s how they map out your own ethnic background. The more people there are on the database, the more accurate your results might be. As time wears on and more people join the platform, it’s likely that you’ll find your results gradually changing. That’s because the service now has more profiles that they can use to backtrack your results and fine-tune the reports they provide you. With that in mind, you might also want to consider going for a provider with more hispanics in their database.

For example, the Living DNA test is one that’s heavily patronized by people in the British Isles. So if you were Southeast Asian, taking their test might leave you at a loss since you’re unlikely to match with any people of a similar ethnic background. A predominantly hispanic DNA test database, or at least a database with a substantial number of hispanics, can help add relevance to your results.

The hispanic heritage is a tricky one. The result of centuries of migration and intermarrying, you might say that the hispanic race is one that was brought into existence not by natural causes, but by the efforts and actions of the human race itself.

Although it can be quite confusing, modern DNA tests can help you make sense of that hispanic heritage. Give the 23andMe test a try today and find out more about yourself through the story of your DNA.

Enjoyed reading the above? Then you might also be interested in our top picks on the best at-home DNA testing kits. 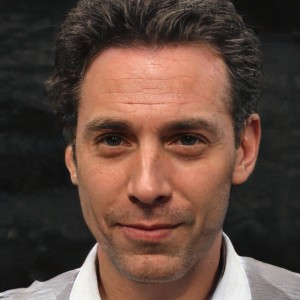